by zack
in CBD Facts
0

Every so often, a news story emerges from South Dakota that underscores the relative lack of enlightenment among state leadership. The fact that we’ve become accustomed to it doesn’t mean it should continue.

The latest face palm occurred when a Minnesota hemp delivery driver was pulled over while transporting nearly 300 pounds of industrial hemp through South Dakota in July. He was arrested and charged with marijuana possession after a state trooper found two bags full of a “green leafy substance” that the driver was transporting from Denver to a processor in Minneapolis.

The Minnesota Hemp Association quickly called out South Dakota for violating the 2018 Farm Bill, which federally legalized industrial hemp to be used in products such as clothing, food and construction materials. Federal guidelines assert that states cannot prohibit interstate transportation of hemp that meets legal standards, including a low threshold of THC, the substance that produces the “high” associated with marijuana.

That’s not a problem in most cases, since 47 states have passed laws to allow for industrial hemp cultivation and production, giving farmers an alternate crop and revenue source in challenging times. 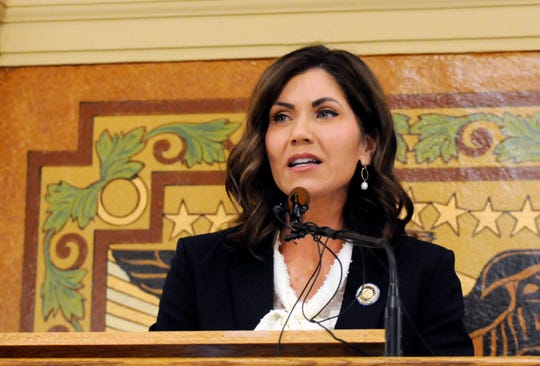 Brace yourself for this: South Dakota is not one of those states. The reason is that Gov. Kristi Noem has a “reefer madness”-type fear that approving hemp is akin to legalizing mind-altering marijuana, which doesn’t square with the facts.

Noem vetoed an industrial hemp bill passed by the state legislature last session, calling it “part of a larger strategy to undermine enforcement of the drug laws and make legalized marijuana inevitable.”

Experts countered that the only inevitability was that hemp production will occur. It’s simply a matter of whether South Dakota farmers will get passed over by tribal interests or producers in neighboring states, losing out on a chance to broaden their agricultural operations.

READ  Is there really a 'vaping health crisis?'

Legislators are keenly aware of that concern, as well as ongoing dispute over a state law that makes cannabidiol (CBD) oils and lotions an illegal narcotic in South Dakota. Lawmakers from both parties are studying the issue this summer in advance of the 2020 session in Pierre, when they’re likely to make another run at a hemp-friendly statute. 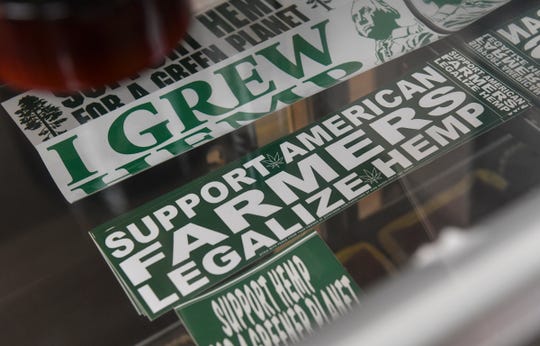 This time, emboldened by further research and the realization that the clock is ticking on building the infrastructure for testing and processing, there could be enough support to override a veto from the governor’s desk.

Of course, the state would be better served if Noem and her administration showed flexibility on a rapidly growing industry that has little effect on public safety compared to top-tier drug concerns such as opioids and meth.

More: Why lawmakers are frustrated with S.D. officials’ lack of hemp research

At a time when many South Dakota farmers and ranchers are feeling the pinch, it’s notable that a governor who ran on agricultural awareness would snuff out a potential revenue source due to a misplaced concern over drug enforcement.

Noem’s contention that it could be “reckless to introduce a product that has serious implications on the health and safety of the next generation” is ironic considering her support for permit-less concealed carry of handguns, a measure that was opposed by law enforcement organizations.

It’s difficult to pass significant legislation against the will of a governor, especially within the framework of South Dakota’s single-party rule. Let’s hope legislators studying the issue come armed with enough facts to persuade Noem to lower her resistance and become enlightened on this issue.

If that fails, it’s probably time to let progress march on without her.

CBD Food and Beverage Industry Gets New Developments in 2020

CBD Food and Beverage Industry Gets New Developments in 2020

We use cookies to personalize content and ads, to provide social media features and to analyze our traffic. We also share information about your use of our site with our social media, advertising and analytics partners who may combine it with other information that you’ve provided to them or that they’ve collected from your use of their services. You consent to our cookies if you continue to use our website.. For more information contact Info@sdmediagrp.com